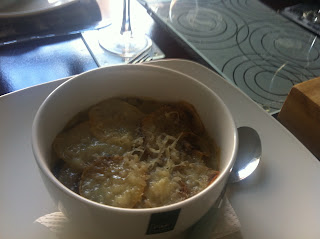 Leek and potato soup is probably one of the soups out there that everybody loves. From my perspective its easy to understand why - the gentle onion flavour of leeks provides a wonder element to alot of dishes and in soups is quite unmistakable.

Here in present a twist on the original favourite, leek and potato soup with a potato gratin on top. Its a good deal more hearty than a leek and potato soup, but when i made this for mothers day I wanted a two dimensional element - a nice crisp on top with a sturdy cheese flavour, complementing the leek and bacon soup underneath.

For the gratin:
1 medium sized potato per serving, sliced very thinly (ideally on a mandolin)
mix of grated cheddar and parmesan

In a large pan add a small amount of butter, heat till melted then add the bacon, potato and leeks on a moderate heat. Cover the pan and check every 3 minutes until the potatoes have coloured, and the leeks softened. At this point add the milk and nutmeg.  Bring to a simmer, then add the stock.Bring to a simmer once more until the potatoes have turned almost to mash. Remove from the heat and blend to a uniform consistency. Season where appropriate 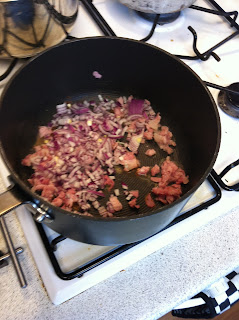 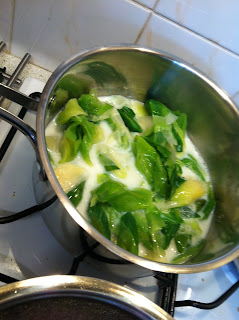 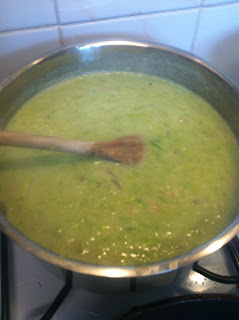